HISTORY OF THE BELL

Stage coaches used to call regularly at this hostelry which dominates the Market Square of this homely town, and an Inn has graced the site since Tudor times.

As you can see from our photo (thanks to www.winslow-history.org.uk ) times have changed somewhat since then as have our modes of transport.

A visit today by more conventional means reveals a variety of pleasures in keeping with more sophisticated requirements, not least of which are attractive beamed bars where it is a delight to relax with a drink and consider the excellent bill of fare.

Until 1914, The Bell brewed its own beer on the premises, refusing to be tied to any commercial brewery. Today it retains its independence by remaining a free house and selling the beer it chooses.

An early sign of The Bell Hotel found and restored in 1976, hangs in the coffee lounge. It is alleged that The Bell Hotel was once the venue for the Magistrates Court with Petty Sessions being held on alternative Wednesdays. Stage Coaches to and from London would call every day except Sunday – “The Regulators” via Tring and “The Union” via Wendover starting and finishing at the Bell Hotel 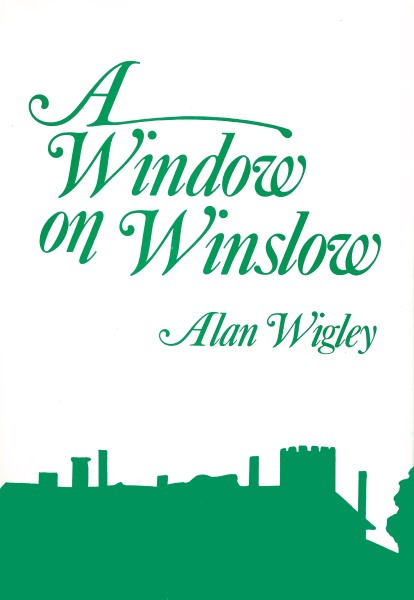 Although the facade and roof give the impression of the building being of Georgian vintage, the fabric is in fact much older as can be observed from many evident features. Recent reconstruction has brought to light a wall formed of wattle and daub, and a decoratively painted beam hidden within a wall for many decades. The old inn sign, now carefully restored and displayed in the restaurant foyer, was found nailed to a kitchen door to keep it secure.

The stone work exposed in the entrance foyer and much similar stone work in the cellar very probably came from the materials sold by Mr Deverell when the monastic building and chapel were demolished at Biggin circa 1660, the time of the Restoration. Speeds map of Bucks dated 1666 describes this area as Winslow Heath. Similar stone work is included in Deverells Farm House and the Manor House at Swanbourne. Further evidence is the timber on the upper floor, all ol which points to the origin of present building being of the Tudor epoch.

The rear section of the hotel was formerly a separate Inn known as The George. Delving through numerous old records has thrown light upon the various involvements of the hotel with the community. In the 1830’s the Court Leet was held annually in October by The Lord of the Manor. The Lord of the Manor was at that time ‘William Selby Lowndes, whereas in 1787 it was William Selby. That is another story. In 1853 records show the hotel was used as a posting house and staging point for the Stage Coaches. At the same time the hotel was an Agent for the Coaches competitors, the London and North Western Railway Company. In 1860 and for a period, the local office of the Inland Revenue had a room.

Again, before the opening of the Magistrates Court in Station Road, the Petty Sessions were held fortnightly in the hotel. In 1882, during manoeuvres, the hotel was required to give accommodation to 2 officers and 14 men of the 5th Dragoon Guards, together with 23 horses.

Brewing was frequently associated with the older inns. The Bell and the original George both brewed from around 1853 and brewing continued at the Bell until 1916. Many pubs and clubs have collections of curios. A visit to the Neal Snug shows that this is no exception. Pinned to the main beam area multitude of bank notes from all confers of the world.  This started early in the 39/45 war when airmen from many distant lands were stationed at Horwood Airfield. They met at The Bell in their leisure hours, and attached their home-land currency notes to the beam.

The collection is still being expanded. Some of the older notes are no longer identifiable and are discoloured by the nicotine laden atmosphere. Over the course of many decades the hotel has been the hub of the Town. For many years it was the haven of gracious living and hospitality to the weary traveller. Also it was the centre for many organizations, for meetings and social functions, including Hunt Balls. Whilst the market drovers, with their notorious bawdiness, were restricted to the market room (the reception area to the restaurant – but with the original door still intact) the main threshold was trodden by those from all walks of life including the late Duke of Gloucester, the Dowager Duchess of Norfolk, and the late Duke of Windsor (then Prince of Wales) when they were hunting with the Whaddon Chase.

The passage of time however took its toll, particularly due to the absence of a younger generation of the family to continue the traditions. Progressively the facilities diminished until they were limited to one small bar (now called the Neal Snug) where the atmosphere of congenial bonhamie was maintained. The small bar, almost unique in service being from a type of dresser rather than from a counter, gave a background to a degree of eccentricity. This was reported in the Sunday Express of the 18th December 1966. Under the heading “A pint at the Bell if your face fits” the article included the following comments, the authenticity of which can readily be judged by those who know the circumstances. The article commented many people think that The Bell is the most exclusive public house in England. Even if you have the price of a pint it does not mean you can drink there.”….. “this weekend the eight other pubs in Winslow, applied for a Christmas extension. Not The Bell. Why not ‘ ‘We do not discuss our Hotel ‘ said Mr Bill Neal, one of the two six foot brothers whose family has owned the Bell for more than 100 years ….. Frequently they refuse to serve strangers and have been known to clear everybody out – on one occasion at 7.30 p.m. People in Winslow tell of the time a world famous conductor was told to remove his dog and himself from the premises. Two Bell regulars told me about the dimly lit old coaching Inn. One said exclusive? I should say so. People brag about being allowed to drink there ‘. The Neal brothers make no bones about it. If they do not like your face you are out. I have seen respectable strangers asked to leave.” (Licencing note: A publican is entitled to refuse to serve any customer whose dress or behaviour would be damaging to trade or offensive to other customers).

But there are other records which cast a light upon those days. The father ol the author, known widely as S. P., but only referred directly in those terms by a small intimate group of friends, was a regular to whom the Bell was almost a second home. But the law of the Bell was strict. Bill Neal, with his grey eyes and clipped military style moustache, usually impeccably dressed, with polished shoes, reigned supreme. His laws were strictly enforced and non compliance meant OUT. And one day S.P was out. Comradie in Winslow area is very strong. A well known local bookmaker convived to obtain a sheet of headed Bell note paper on which he wrote a letter to S. P., signing it Bill Neal, and inviting him back to the bar. The foil worked, to the initial bewilderment of Bill, who with his usual good humour accepted the situation. The firm friendship was re-cemented as underlined by the almost proverbial, but true story of the front door. When war was declared in 1939 the front door was locked as a blackout precaution. Entry to The Bell was through the side arch and along a corridor. The war ended, the door remained closed. The King died, the Queen came to the throne and to celebrate the Coronation the door was opened. But Bill caught a chill and so the door was again closed, until the 90th birthday of S. P. for whom it was opened for the days celebrations. Again, it was closed until the Hotel was sold. But anecdotes of The Bell are legion. The stables were good enough for the horses so they are good enough for the gents.

Neglect and failing health of the owner played havoc with the premises. Only small recollections will suffice. A top bedroom with brass bedstead was a popular roost for the local pigeons who gained access through a hole in the roof and ceiling. A more enterprising pigeon had made a nest and laid two eggs in an upturned bowler hat in an adjoining bedroom.

So came the end of a long era. The descendants of the family sold the Hotel in August 1975. The auction particulars included the following comments: The Bell at ‘Winslow and its many generations of family association with the Neal family, has not merely been a centre of hospitality and conviviality for the highest to the lowest in the land, it has long been an institution. Many are the stories related which have become part of the folk lore of the locality. It has not been unusual to meet strangers in the far corners of the British Isles, and on the mention of Buckinghamshire a surprising number comment ‘do you know The Bell at Winslow’. Indeed, it is a mecca for the travellers and a challenge for the future to combine the best of the old with the best of the new. The auction particulars continued “The Hotel has a redoubtable past, and with shrewd and careful planning could have an enviable future for good eating, good accommodation and good hospitality based on non extravagant re-use of the resources, victualled by past renown and a future potential of the locality”. How fortunate for Winslow that the new owners are showing such an enlightened approach to the recusitation which is proving almost prophetic.

There are those who may believe, and those who discredit such an assertion, that ghosts exist. During the transition, and until the residential accommodation again became useable, there were clear sounds each night of the pulling of beer pumps, long after the bar was closed. This ceased as soon as the first guest took possession of a room. The old tradition of hospitality was again satisfied.

There are many other stories which might be related, but these few recollections and notes will give some idea of the almost legendary past of this almost unique establishment.